While wine is composed of about 400 different flavours, coffee is one of the most complex natural products of all. The variety of flavours in coffee ensures that good coffee stays versatile and varied.

Since 2010 we’ve been travelling through growing regions around the world, tasting dozens of coffees in cupping sessions with the aim of selecting the best coffees from select harvests. Coffee Cuppings are essentially the wine tastings of the coffee world. One sips and smells through countless flavours in a vast array of combinations. The coffees bring to the palate tropical fruits, honey, mint, peanuts or flowers. They can taste very clear or incredibly complex. Some flavours only appear when the coffee cools down and some can only be perceived through smell.

Very few people, such as our roasting master Hannes, have such acute senses as to clearly identify the very wide range of fine aromas. But it’s a skill which can be learned. To give it a try, just close your eyes, get up close for a deep whiff of your freshly brewed coffee, slurp it in small sips and at different temperatures. You’ll be surprised what you can discover. But don’t be discouraged if you can’t taste the bergamot or passion fruit right away. What matters is that the pleasure of coffee is just that – pure pleasure. 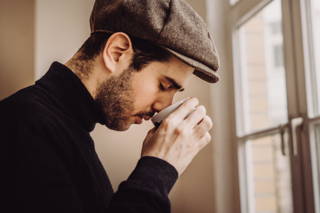 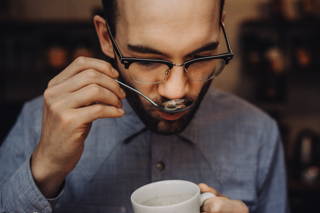 The taste spectrum of coffee ranges from dark chocolate and caramelised hazelnuts to fruity forest berries or floral notes such as jasmine. And this is without the addition of sweeteners or artificial flavours.

The taste of coffee is influenced by several factors. The type of coffee plays a major role: Arabica coffee tastes milder and more nuanced than Robusta coffee. But the cultivation conditions also leave traces of flavours with coffee, as is so with wine. 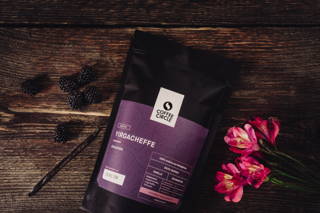 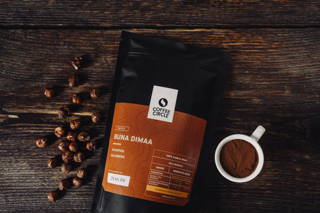 Factors such as temperature, rainfall, sunshine intensity and soil conditions during the harvest year all affect the taste of the coffee.

In addition to cultivation, the harvesting process and, in particular, the subsequent processing of the coffee cherries have a major influence on the coffee’s aromas. The uniqueness of speciality coffees lies in their complexity, clarity and liveliness. When enjoying speciality coffees, with a little practice, you’ll notice subtle flavours and distinct aromas. 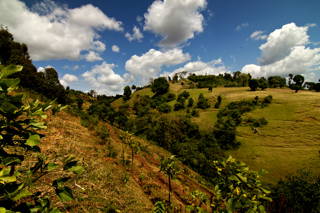 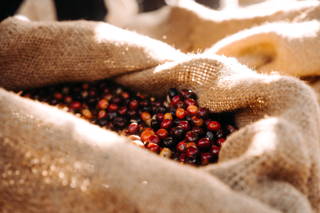 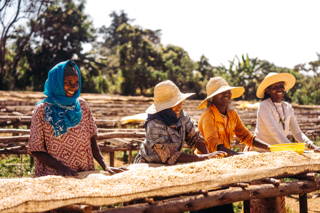 Speciality coffees like ours are grown in the mild mountain climate not far from the equator. As a result, the coffee cherries ripen more slowly and have more time to ripen due to the lower average temperature. At harvest time, only the red cherries are picked by hand and carefully processed. Transport, storage, and above all, roasting, also play a role in the coffee’s taste profile. For example, darker roasted coffees taste more chocolatey, as more ‘caramelisation’ processes take place as a result of the longer roasting process.

What your coffee tastes like depends not only on how the beans grown and roasted, but also to a large extent on how the coffee prepared. The same coffee tastes different when prepared with the French Press than with an AeroPress. When preparing your coffee, grind, water temperature and the ratio of coffee to water decide whether your coffee tastes too thin, too bitter or (for you) just right. We‘re more than happy to help you along with our preparation tips!

Just how is coffee tasted?

Since we humans distinguish (only) four flavours on our tongues, we perceive food primarily through the nose.

To classify the coffee taste, it’s helpful to consult the SCAA (Specialty Coffee Association of America) ‘flavour wheel’. The holistic perception of taste is composed of the components „aroma“ and „taste“.

The classification of tastes is absolutely value-neutral and does not in itself say anything about the quality of the coffee. This is especially true for the „sour“ category, which does not indicate a high acidity content in coffee, but rather the liveliness, sweetness and freshness of the coffee.

Through our tongues we perceive taste, which we can differentiate into sweet, sour, salty and bitter. Bitter plays a subordinate role in the classification of coffee, since bitter substances are usually covered by the other three flavours. The flavours are perceived during tasting directly via the receptors in the nose and throat. But we should never forget: the perception of odours is subjective and varies from person to person, which makes objective exchange difficult. When recognizing odours, the brain uses existing information, in our case, memories. Therefore unknown odours can be classified worse than known ones.

Flavours are diverse and not always easy to distinguish. The core of the Flavour Wheel consists of the main flavour categories, which in turn can be divided into more specific characteristics. The division into subcategories, such as „berry“, „floral“ or „nutty““, makes the taste classification somewhat more comparable and tangible.

Finally, in the final stage, direct aroma comparisons are made with other foods or properties, such as apples and lemons under „citrus fruits“ and blueberries and blackberries under „berry“. But aromas such as „woody“, „ashy“ or „musty“ can also be identified and are typical descriptions of Robusta coffees. 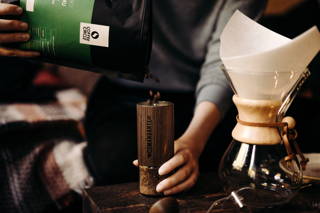 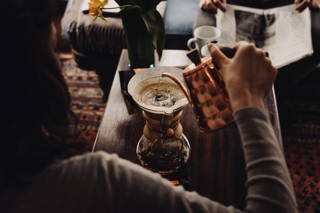